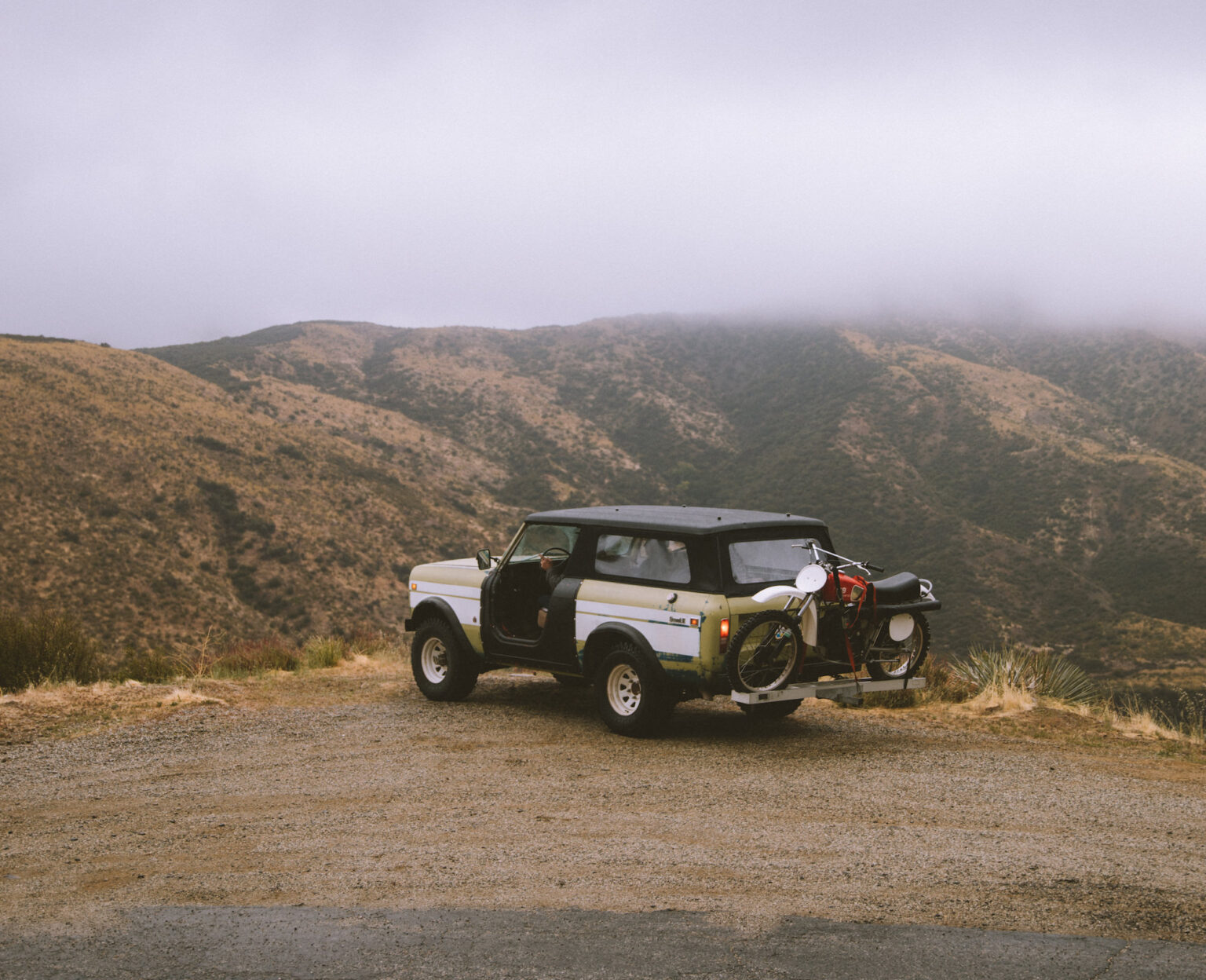 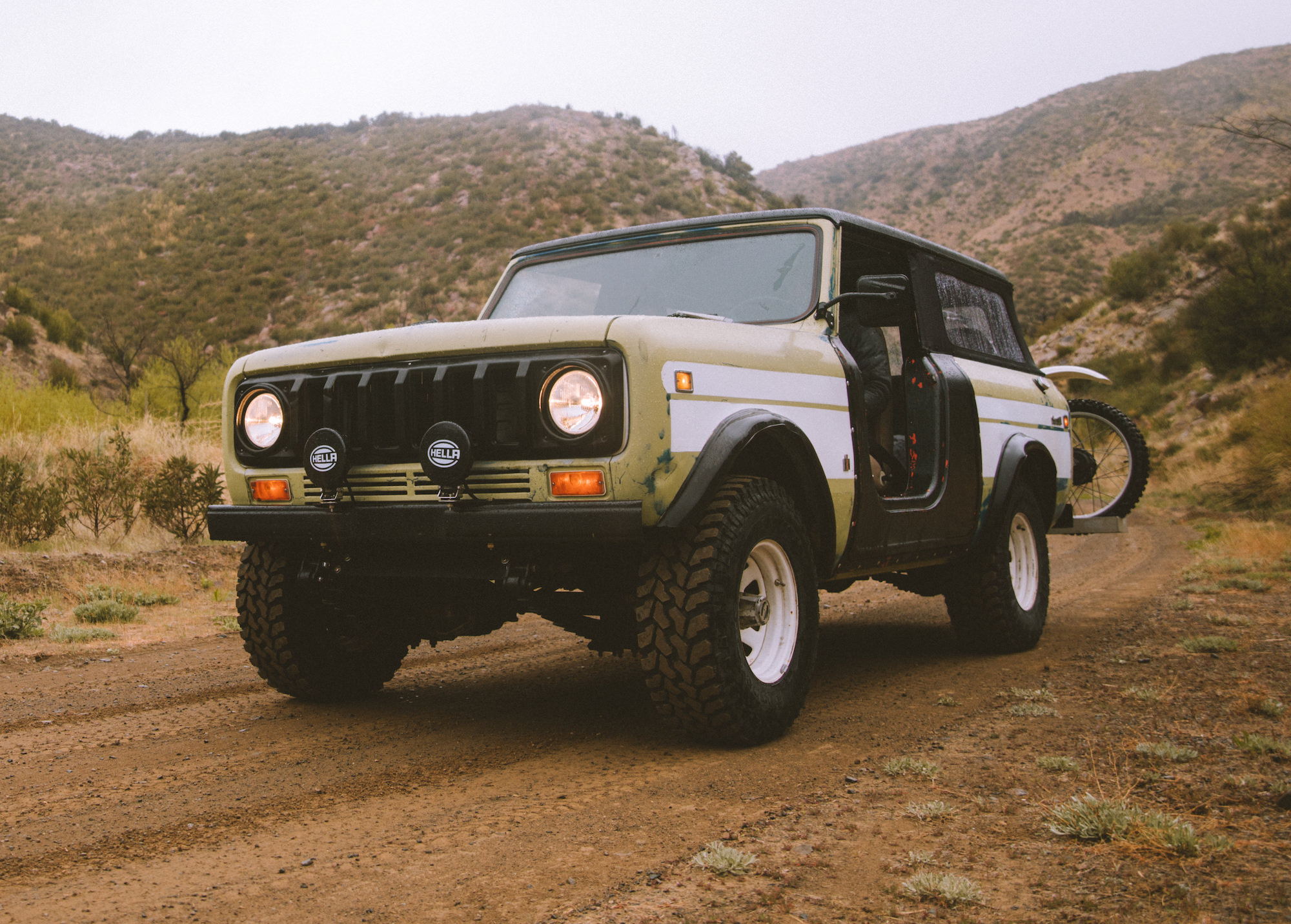 This is the New Legend x Iron & Resin Super Scout II (SSII), it started life as a standard 1976 International Scout II that was rescued by the team at New Legend – probably the best company in the world at finding, restoring, and modifying classic Scouts.

Unlike other Scout builds from New Legend, this vehicle was a collaborative effort with the folks over at Iron & Resin in California. The resulting four-wheeler is an entirely unique Scout built to be a one-off evocation of the rare Super Scout II.

The International Harvester Scout II was released in 1971 as the final major iteration of the Scout, after the original Scout 80 and the subsequent Scout 800. By the 1970s the sales competition for four-wheel drive leisure vehicles was white hot, a vastly different landscape to the early 1960s when there were far fewer models for sale. 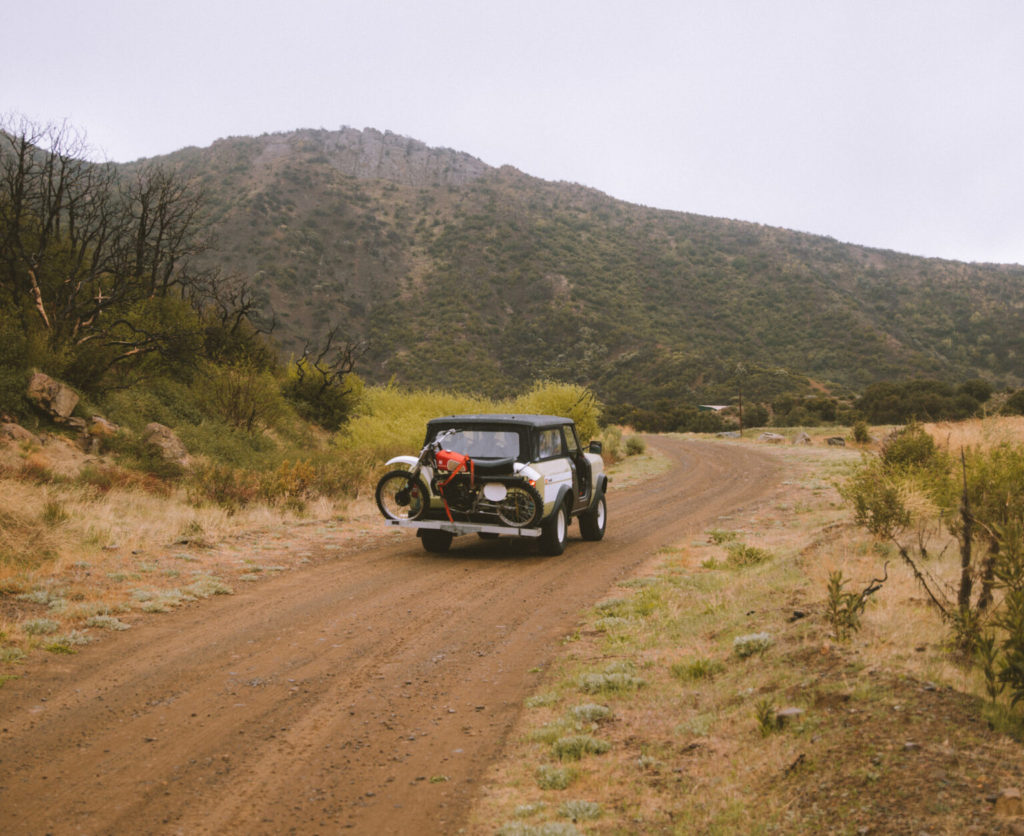 The Scout II remained popular right through the 1970s, the model arguably peaked in the late 1970s when a Scout SSII took victory in the 1977 Baja 1000 for 4×4 production vehicles with Jerry Boone at the wheel – he finished almost two hours ahead of his nearest competitor.

Boone’s feat was made all the more impressive by the fact that he’d only had a month to prepare a stock Scout SSII for the event.

Transmission options varied between either a 3 or 4-speed manual transmission from Borg Warner or a 3-speed Chrysler A727 automatic.

When the Scout II left production in 1980 the model went though a period of relative obscurity when they were only really popular with vintage off-road enthusiasts. In recent years this has all changed, the Scout 80, Scout 800, and Scout II have become some of the most desirable classic four-wheel drives money can buy.

The Scout II you see here now now benefits from a careful rebuilt at the hands of New Legend, a world-leading International Scout restoration company based in Iowa.

Unlike classic restorations which seek to return a vehicle to the gleaming condition it was in when it left the production line all those years ago, this vehicle has had rebuild that respects its original hard-earned patina. 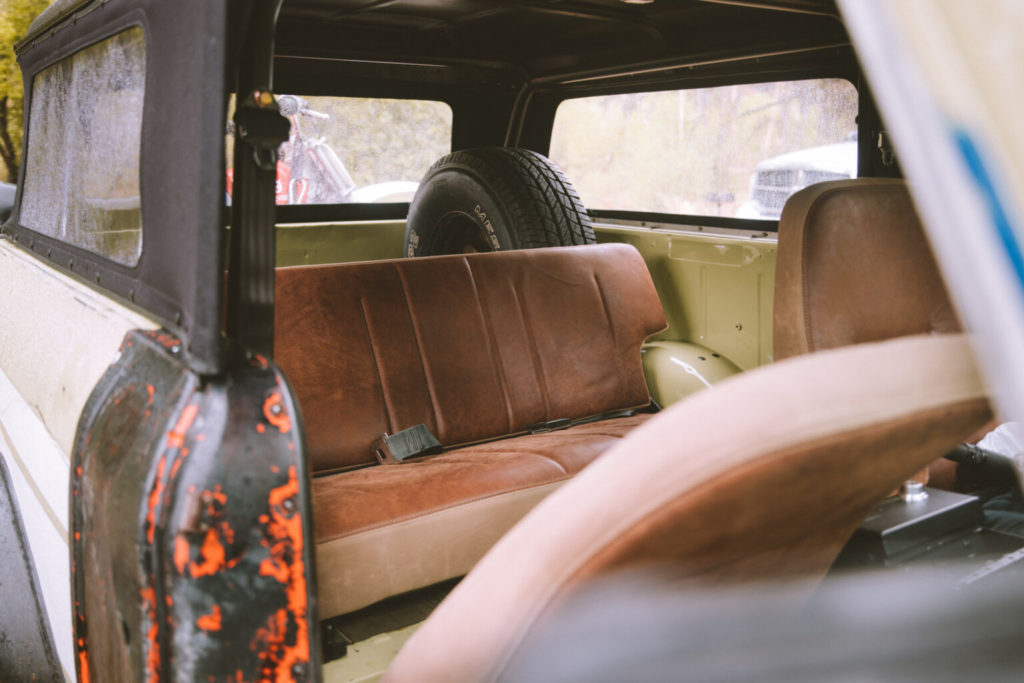 Once a suitable Scout II had been found it was given a rebuild and servicing by the experienced hands at New Legend. They fitted a freshly tuned 345 cubic inch V8 and mated it to a crisp, low-mileage T-19 4-speed manual transmission.A serviced Dana 20 transfer case was installed and fitted with new U-joints for years of trouble free operation.

The radiator was then rebuilt and given new hoses and a new fan clutch was bolted into place. New ball-joints and wheel bearings were fitted to the freshly serviced front axle, and the rear axles was rebuilt with a Detroit Trutrac limited slip differential and new brakes.

The steering box was then rebuilt with new heavy duty tie rods and drag links completing the steering system. A new 30 gallon fuel tank was bolted in with a new sender and filler neck to ensure the new owner will have plenty of gasoline onboard for weekends in the wilderness.

The final major change to the running gear was the installation of a premium Deaver suspension kit, notably improving the handling over the original suspension that was now well over 40 years old.

The exterior of the Scout now benefits from the addition of a custom hard top dome with waxed canvas removable soft sides and rear panels. A 5-point roll cage has been added for safety, and it works in conjunction with an FSR roof top tent, which can be included for an additional $2,500 USD.

OEM SSII door inserts and mirrors were sourced and installed and the vehicle is riding on original Scout 15″ white Rallye wheels with 33×10.5×15 BFG tires on all four corners.

Inside the Scout you’ll find a custom buffalo and waxed canvas interior co-desinged by New Legend and Iron & Resin. The front seats are original mid-back Scout II seats that have been reupholstered and the carpets have been removed to ensure that the interior is easy to clean.

The completed Scout was used extensively in the INR x New Legend 4×4 Spring ’21 catalogue and is now SOLD as of October 2021. 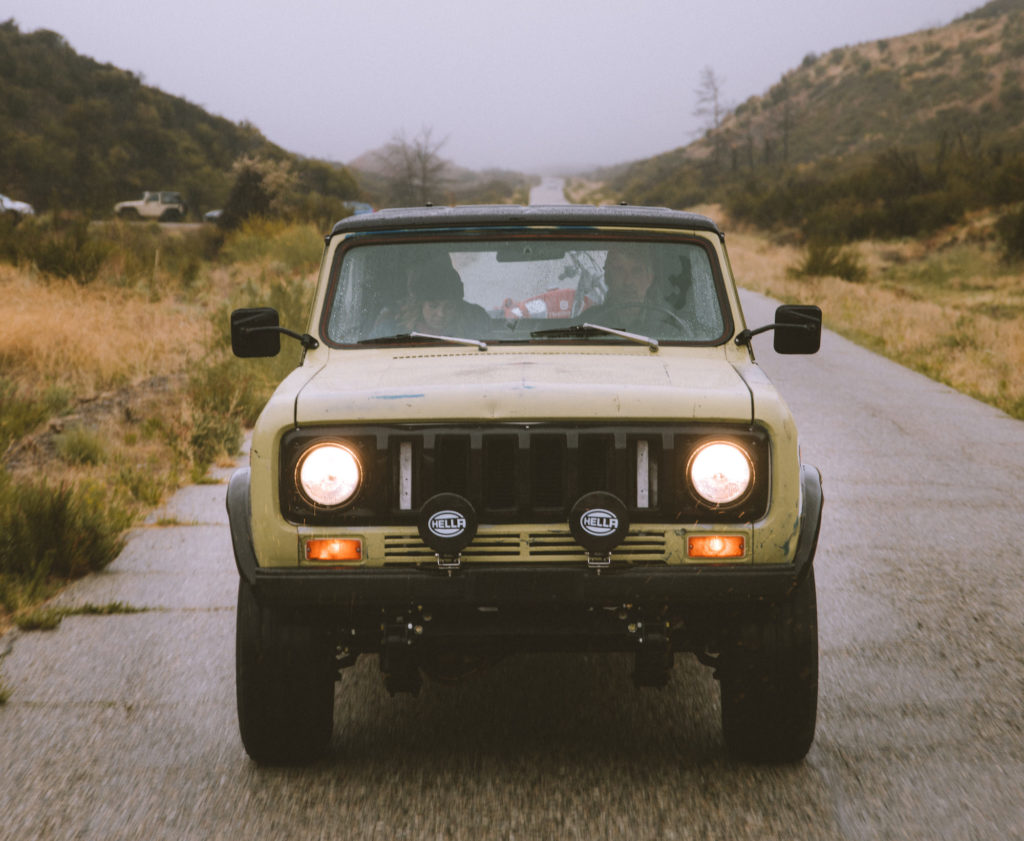 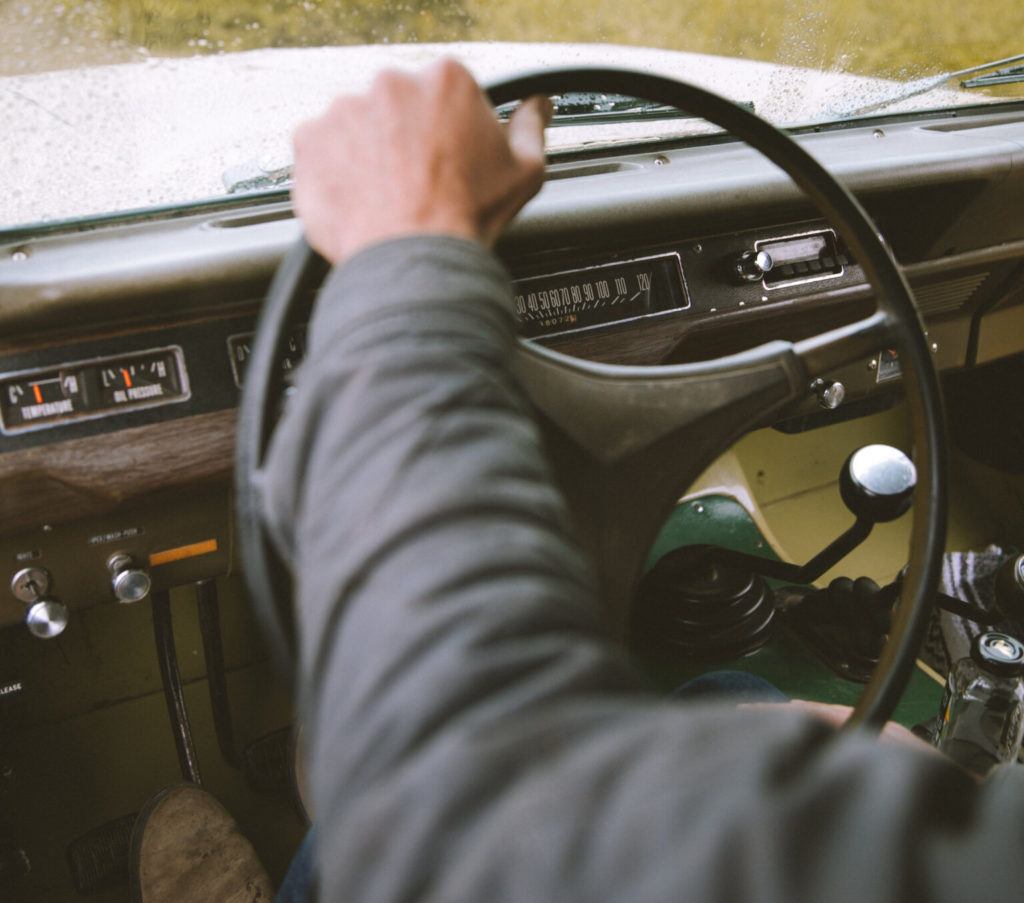 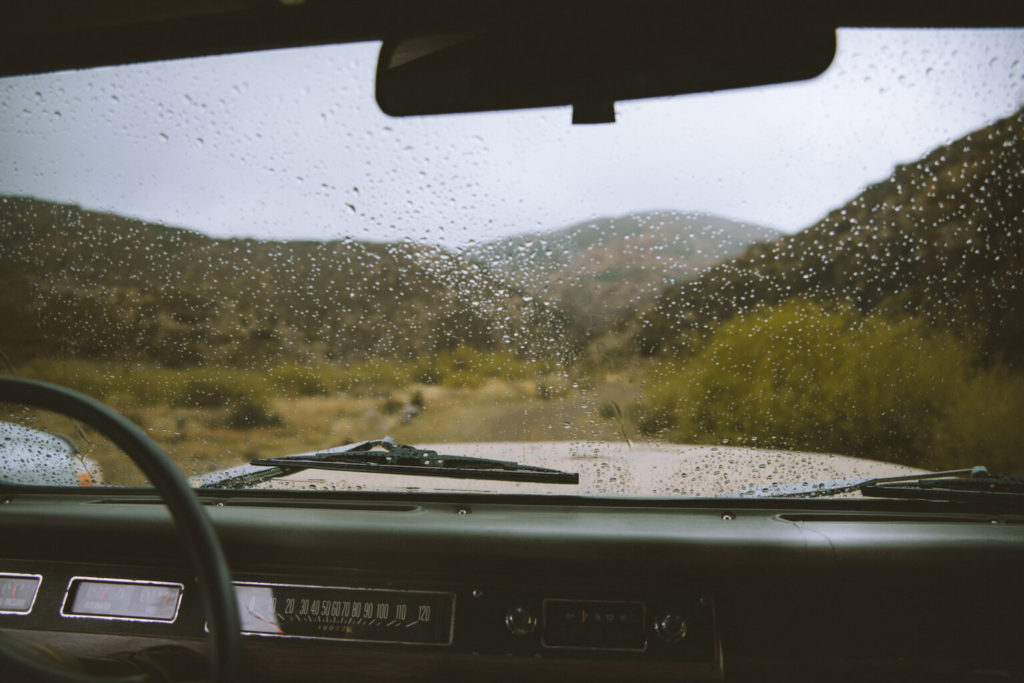 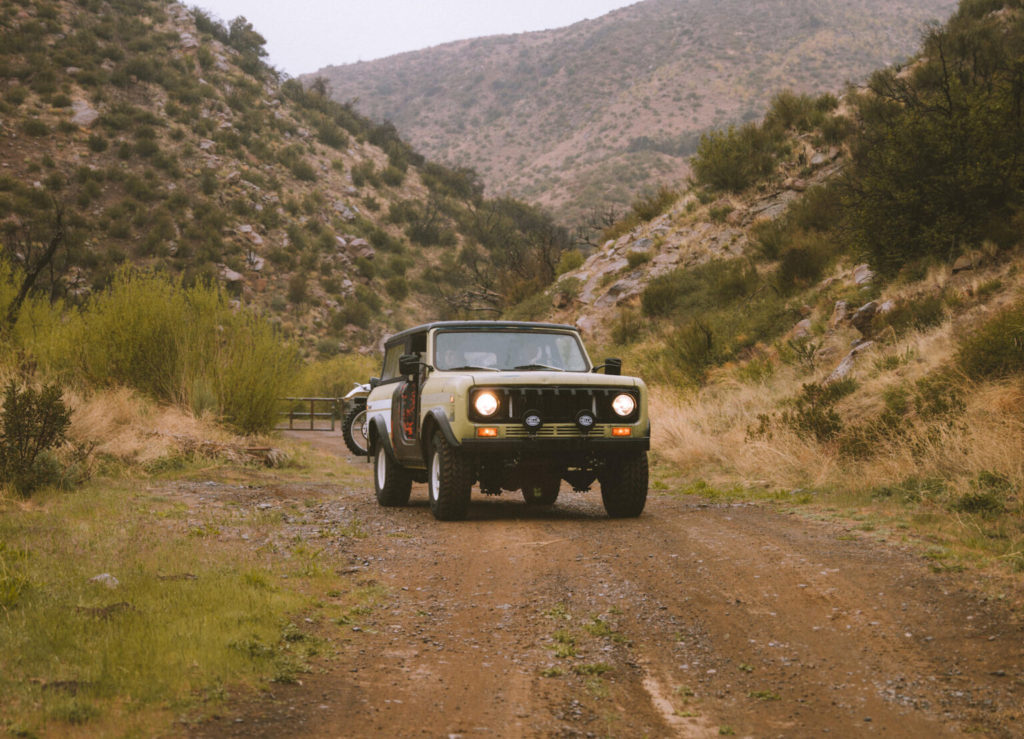 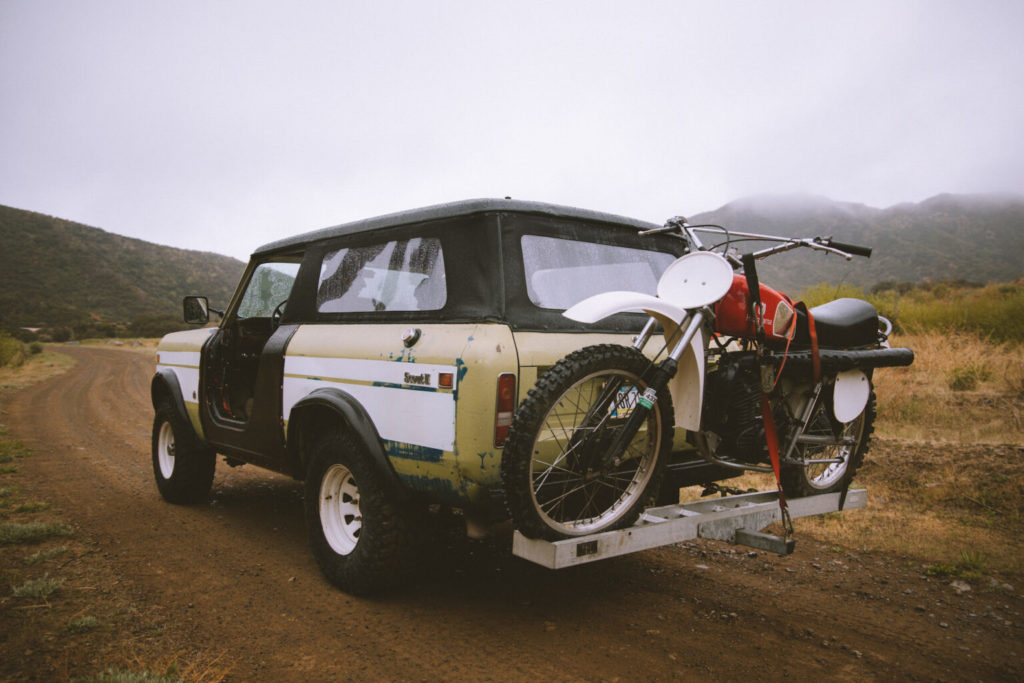 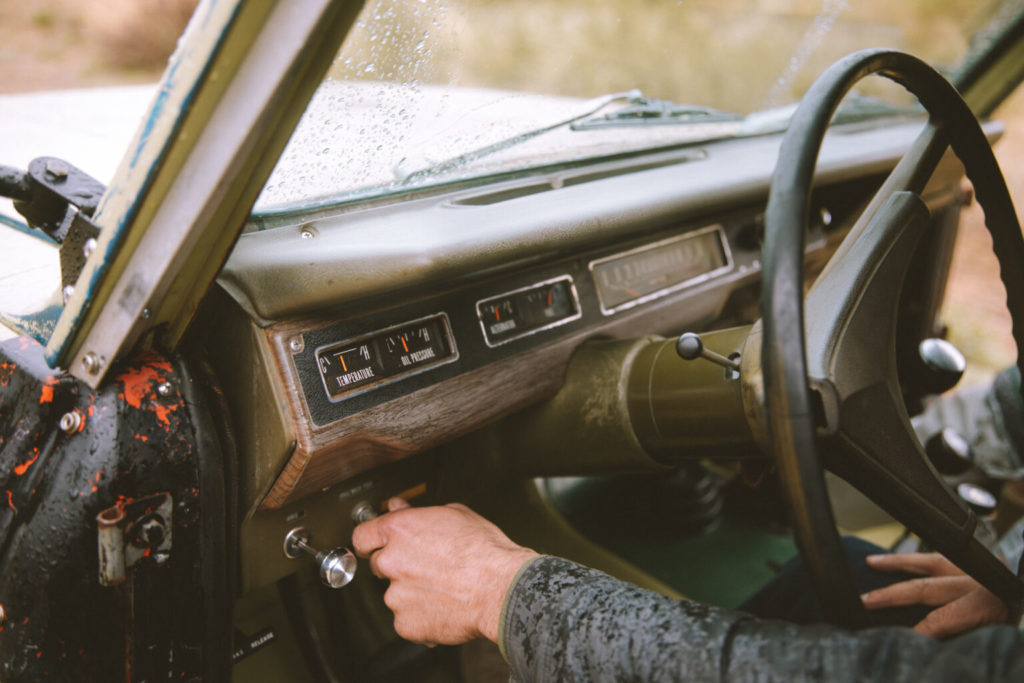 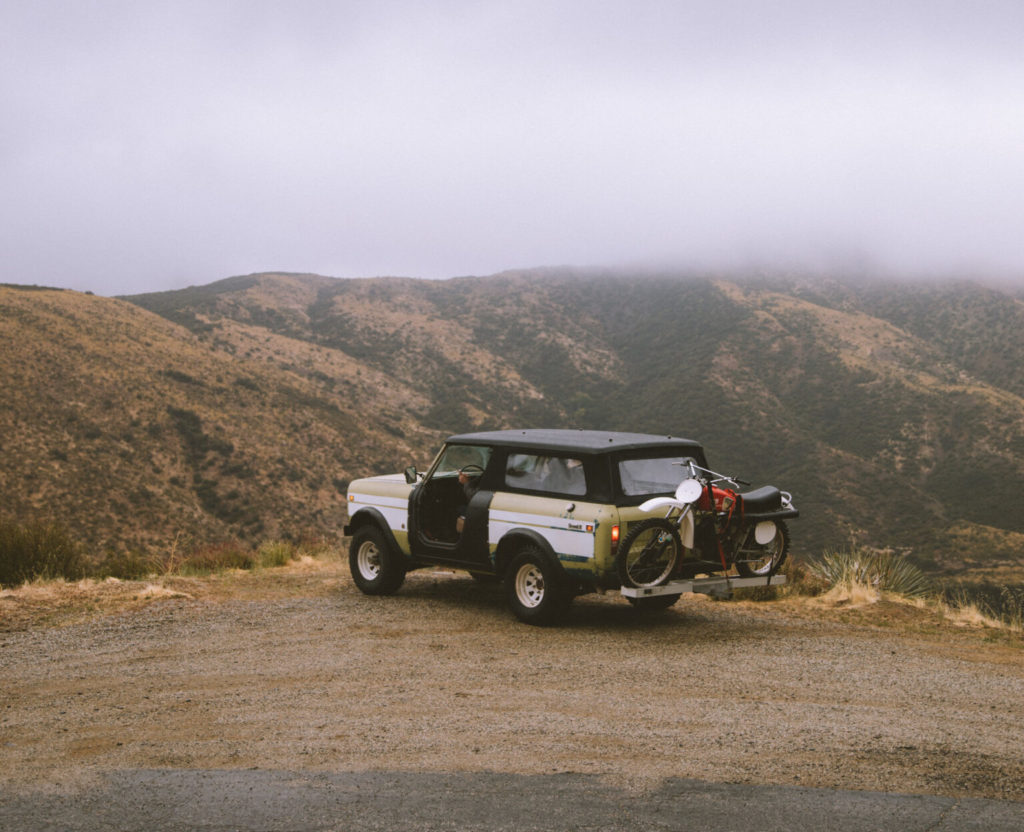 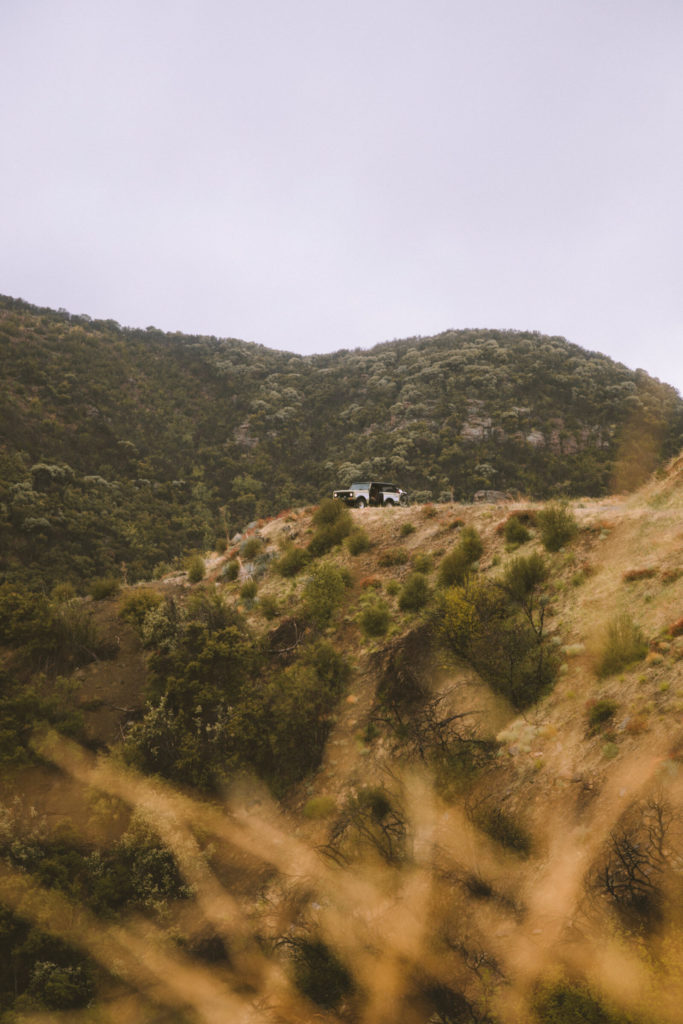 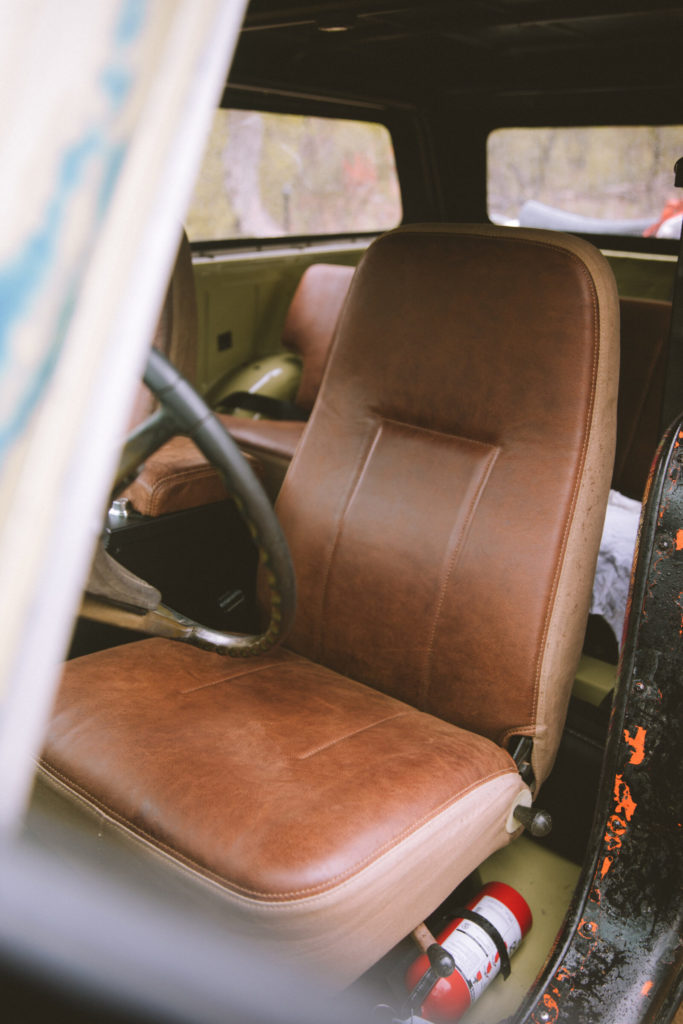 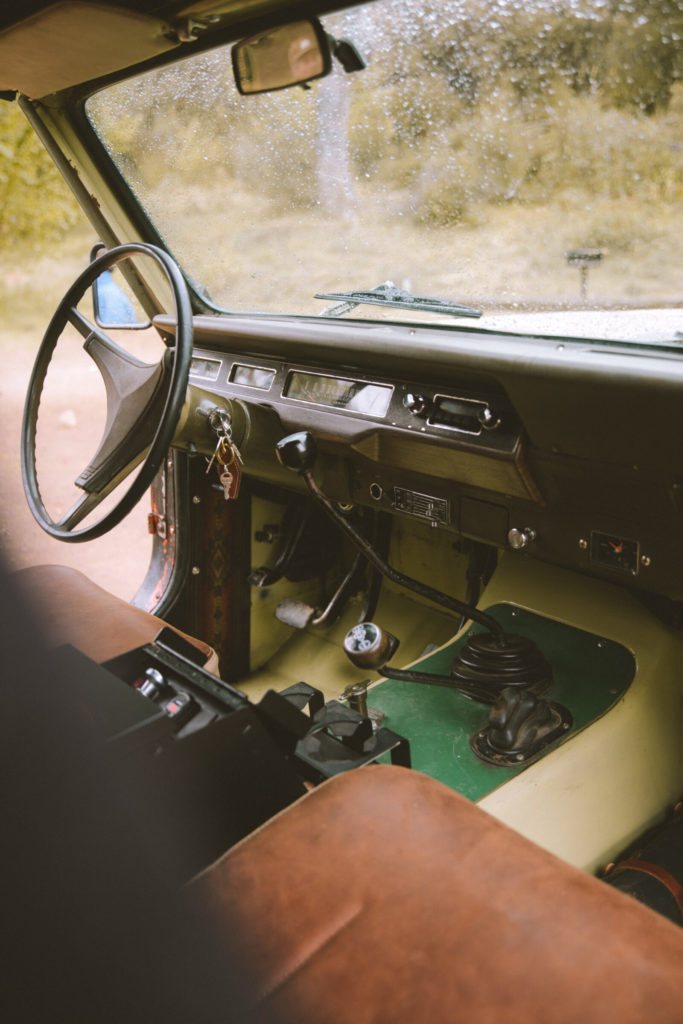 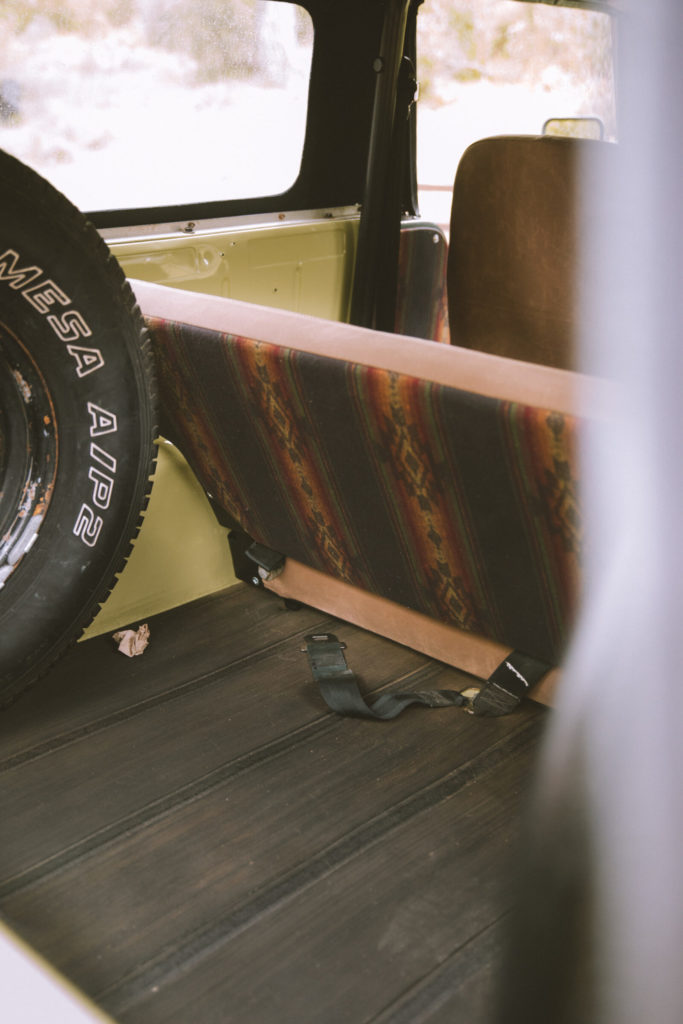 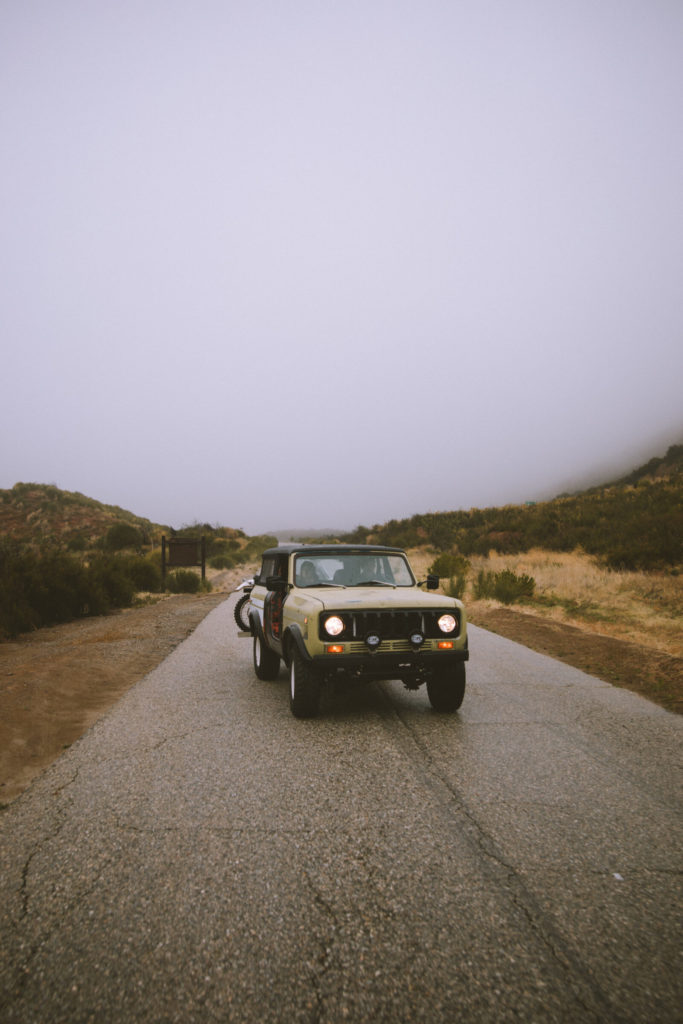 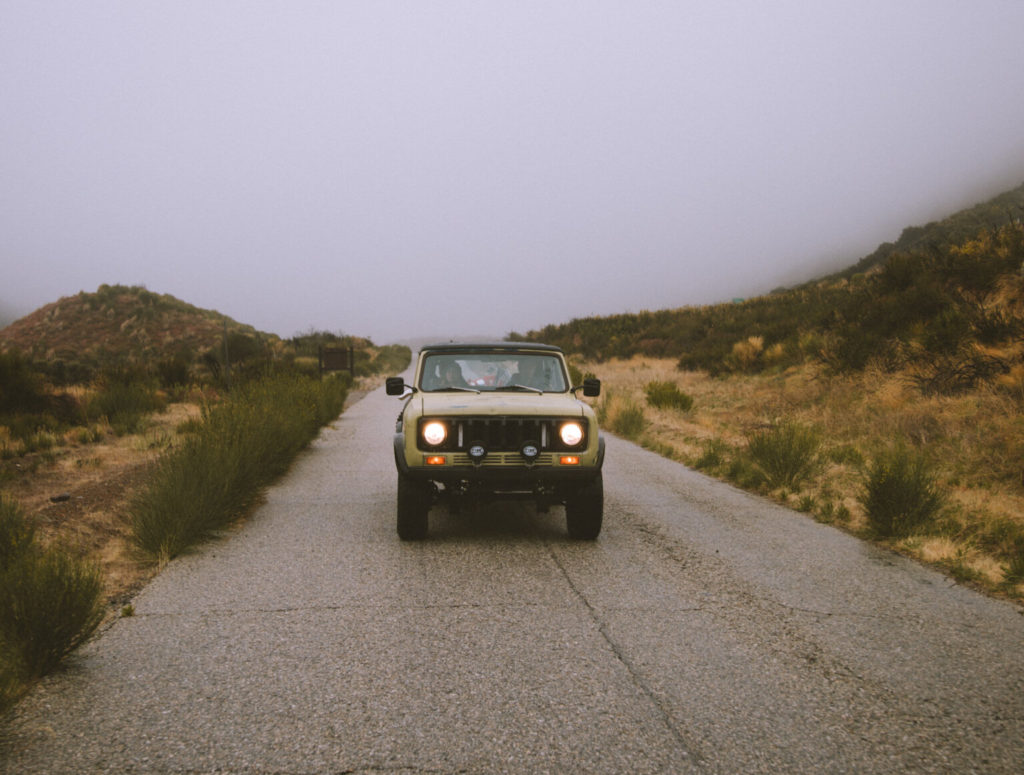 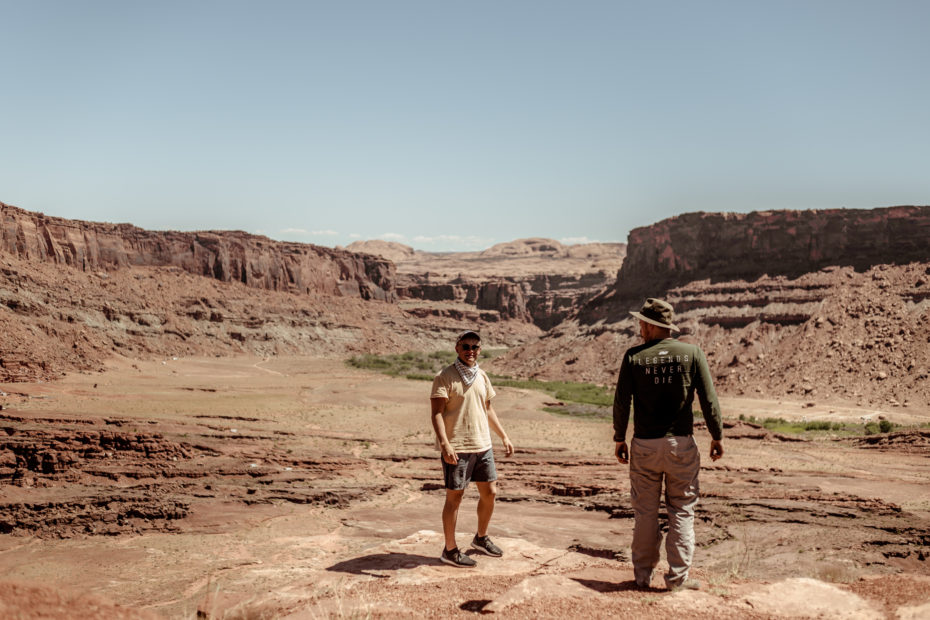 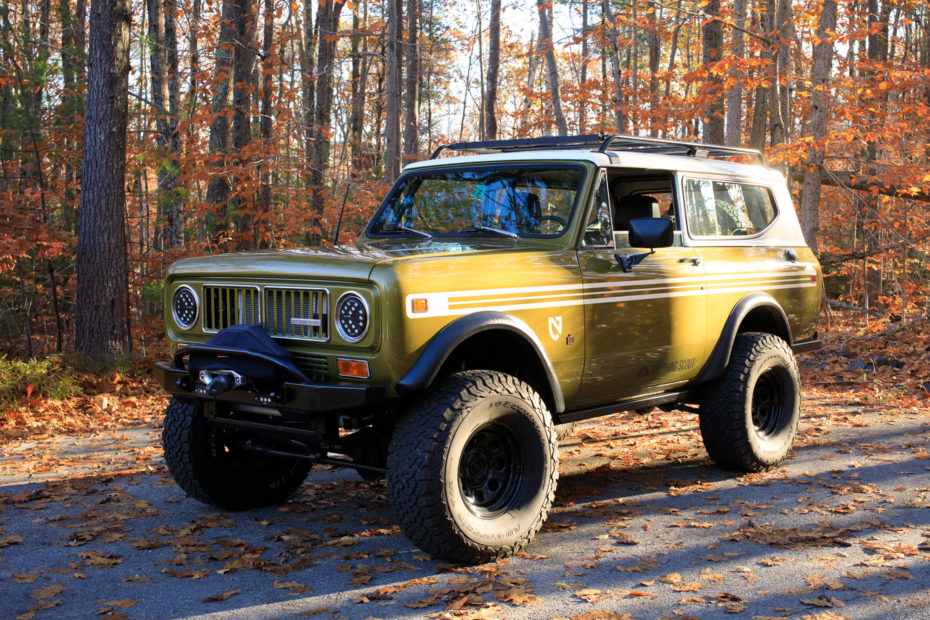